How To Wear Paisley Ties: 6 Useful Tips You Need To Know 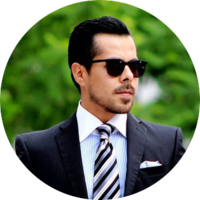 Can’t seem to find a way to start wearing your paisley ties?

Are you afraid that by actually wearing paisley ties you could be ruining an otherwise perfect suit and tie combo? 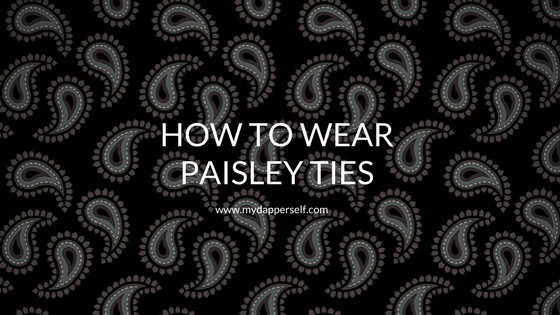 My Love/Hate Story With Paisley

Let me tell you a bit about my personal story with paisley. In short, I never was the biggest fan of paisley. Yeah, I know, lame.

When I was younger, paisley prints looked to me like yucky amoebas under a microscope. You know, messy, unappealing and plainly ugly. And that’s the way I always felt about paisley for years and years and years.

And I’m still not too fond of this pattern, to be completely honest, but with time I’ve learned to understand the reasons for its existence and why it can be a great addition to any gentleman’s wardrobe.

Eventually I just went for it and added a few paisley-patterned ties to my collection. I guess with knowledge the uneasiness goes away somehow? Who knows, but all I know right now is that I’m glad I opened my mind to this option.

Ever since, and with some extra research and expertise, I’ve managed to also grasp the best practices of incorporating paisley ties to my suit and tie outfits and how to overcome the risks that come with it.

Yeah, I won’t lie, when it comes to all the different patterns at your disposal, paisley is probably the one that could pose most risks of ruining an otherwise perfectly acceptable and classy outfit.

Of course, it’s not as drastic as I am making it sound (Hyperbole is my middle name, meet Ed Hyperbole Ruiz). There are many variables and different ways that you will find paisley in different prints and patterns.

There is proportion to consider.

Some will have very small botehs arranged in a very clean pattern, displaying a rather boteh-based foulard pattern.

Then there is color. Oh, that good old friend that can either make or break an outfit depending on how you use it. Don’t you just love color?

The thing is, like with most intricate patterns, paisley can come in a wide variety of colors.

You will find very simple, even monochromatic paisley prints. Then you’ll find the “let’s feature all colors in the color wheel at the same time just because we can” type of paisley.

And everything in between.

Last, but not least. There is the fact that you are not only wearing a tie (or are you, you naughty you?), you are actually wearing other pieces of clothing that could also feature other patterns, textures and colors.

So I repeat: wearing paisley ties is not the easiest thing you could do. But there are a few rules you can follow that will make your life much easier if you do choose to start wearing them. 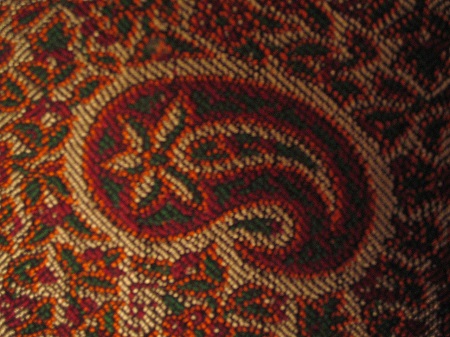 The easily recognizable boteh shape. Geez, I don’t know, I still think it looks like a yucky amoeba.

How To Wear Paisley Ties Successfully

This is where you grab your pen and paper.

If you think about it, we’re simply playing with patterns, proportions and color, so those basic principles you are familiar with should also apply to your paisley ties.

Here are the few rules you need to know.

Keep large paisley prints tame in color. If you are wearing a tie with a huge paisley pattern (believe me, I’ve seen enormous ones where a single boteh could take up most of the width of the tie), then the pattern is calling for all the attention just by its sheer size. A colorful or super bright large paisley pattern will just be too much for the human eye to handle.

Small paisley is nice, but lacks personality. A tiny, foulard-like pattern of botehs can be nice and cute, but there is really something missing from those patterns. That something we call personality. Isn’t paisley by nature a narcissistic pattern that demands attention? Why hold it back and try to domesticate it? If you’re really unsure about giving large paisley a try, you can always try medium-sized paisley variations that won’t lack in character without the staggering effect of the larger kind.

Avoid pairing different paisleys together. Technically, it can be done if you keep them very different in terms of color and size, but ultimately, two paisley prints have a higher probability of clashing and creating conflict than complementing each other. Given the plethora of options that are available, why take such unnecessary risk?

A wider tie works better with paisley. Now we’re entering the very subjective zone. This is mostly just a personal opinion, but I do believe that paisley patterns work better when displayed in rather wider ties. For some reason, skinny ties just don’t seem to have enough surface to allow the paisley to be properly appreciated.

There are at least a few more rules you could consider, but I don’t want you to overthink it and lose all the confidence you’ve built up to start wearing your paisley ties. These should be enough to get you motivated to take action without any hesitation. 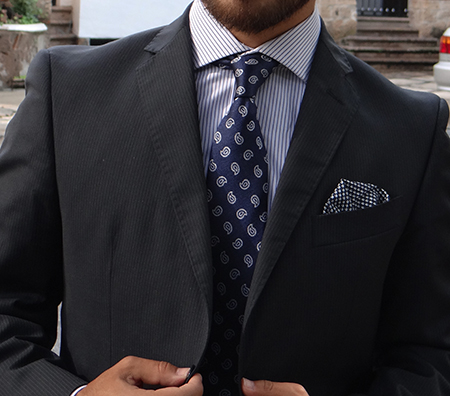 Paisley foulards are a safe choice, but the distinctive character of the paisley is weakened

Ready To Rock The Paisley Ties?

I know paisley can be intimidating if you’re not sure how to even attempt it, but as I said, once you’re armed with knowledge, there should be no excuse to let that intimidation hold you back.

So break out the paisley, and if you don’t own any paisley ties yet, what are you waiting for? Give this classic design a try.

If you still have any doubts about whether paisley is right for you or not, let me know why in the comments below and let’s talk about it. I’m not even trying to pretend it is for everyone, but I want to better understand the reasoning behind your concerns.

As always, thank you for reading.

I CAN BE YOUR PERSONAL STYLE AND IMAGE COACH

Get one-on-one help from me

MY DAPPER SELF AMAZON STORE

SHOP MY CURATED DAPPER MUST HAVES!

DRESSING UP IN A DRESS DOWN WORLD

IMPROVE YOUR STYLE IN JUST 8 DAYS

GET YOUR FREE E-BOOK NOW

8 Days, 8 Steps To Improve Your Style