Sprezzatura? Demistifying Such A Captivating Word

Recently I was asked to define what “sprezzatura” meant to me. I must be honest, it was not an easy task despite feeling I had a good grasp on the actual meaning of the word – it’s funny how some words can carry such a huge amount of meaning, right?

Being somewhat fluent in Italian wasn’t of much help either. Oh well…

I am certain most of you have already heard or read this term. “Sprezzatura” is one of the most commonly used (and probably abused) terms in the menswear/fashion industry terminology. We read about it on blogs, social media and even marketing campaigns such as the recently launched Sprezza campaign by Mazda.

That request to define sprezzatura was basically the genesis of the idea for this blog post. I figured there must be some more people out there who in spite of having heard the word are still unsure of it’s literal meaning – and also the not-so-literal nuances it carries.

So this is my take on such an intriguing word.

And then some facts as well.

A Quick Look At The Origins Of Sprezzatura 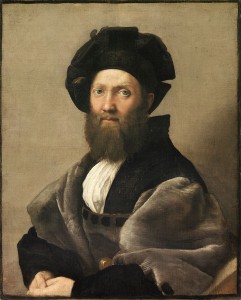 Castiglione.
This guy’s to blame.

Let’s start with some history – just a little, I promise.

My research led me to find out one of the, if not the very first instance, where sprezzatura was defined, was The Book of the Courtier, written by Baldesar Castiglione.

In this book, Casteglioni wrote the following regarding sprezzatura:

I have found quite a universal rule which in this matter seems to me valid above all other, and in all human affairs whether in word or deed: and that is to avoid affectation in every way possible as though it were some rough and dangerous reef; and (to pronounce a new word perhaps) to practice in all things a certain sprezzatura, so as to conceal all art and make whatever is done or said appear to be without effort and almost without any thought about it.

In essence, sprezzatura (in this early context), was the concept of reaching greatness at a certain task with an air of casualness or a cool indifference.

Any good courtier was expected to have sprezzatura in order to command the various roles they played.

Another fantastic historic explanation I found as a part of my research on this topic, comes from the great Quintilian (another Roman rhetorician). He described it as:

The art that conceals art.

I’m amazed at what a heavy punch can 5 simple words pack.

Ok. Enough history for now, although there is still a lot more information available online if you’d like to go deeper into the roots of the term. We’ve covered the most meaningful for now.

Sprezzatura In The 21st Century

Back to the 21st century.

While it’s true that these days the term sprezzatura is used more in relation to style, it does still carry most of the same subleties from the time it originated. A very common misconception I come across is the belief that sprezzatura equals elegance. Both terms are closely related in this context, but they are not really interchangeable.

Another interesting misconception is the false idea that Italians actually use this word a lot – they don’t. Not even close to how popular this term is in the men’s style industry in other countries like the US. Moving on…

Before I give you my own interpretation of this word, let me pull from some other style connoisseurs that have tried to clarify its meaning:

Brad Miner has the following to say about sprezzatura on this amazing blog post you can find at The Art Of Manliness:

A man who has sprezzatura is content to keep his own counsel. He not only does not need to have his motives understood, he prefers that they not be understood. His actions, including his carefully chosen words, speak for him. It is not necessary for others—save his intimates—to know more.

A concise interpretation comes from the Tutto Fatto A Mano blog post on sprezzatura:

Sprezzatura is not about make the haggard appear regal, it’s about making regal look natural, but in all cases it maintains its regal appearance.

Men’s Fashion Magazine has an interesting, yet simple analysis here:

Sprezzatura is all about confidence – in yourself, in your choices and your attitude. If you own the decisions you have made about your attire, you will be forever truly stylish…

All three are great definitions for this word. And I do believe all are great at conveying the overall meaning of sprezzatura.

With that, I guess this is my turn to try to give you my own perception of sprezzatura in a few words. I’ll try my best:

I tried to keep it as short as possible, otherwise I could’ve ended up with a huge paragraph on what sprezzatura is (or how I see it, anyway). It simply has too many nuances, one could simply write a book about it, but I’ll leave that to someone with more knowledge and experience in the field.

Or I might just take it as a challenge myself. We’ll see…

You’d be interested in looking at this nice graph from Google Trends which shows the increasing global interest in sprezzatura in the last few years. The graph shows data from 2004 – present.

It’s crystal clear: the enthusiasm, or thirst for knowledge on this term, began mid-late 2007 and it keeps increasing year after year.

Now you know why you keep reading this word on all fashion and style blogs everywhere. Brace yourselves ’cause you’ll keep reading about it for years to come!

Alright, having now (at the best of my possibilities) defined sprezzatura, I can still imagine a few of you feeling a bit confused how to make sense of all these definitions and how it all relates to actual menswear style in real life.

Truth be told, you can find sprezzatura in all styles, even a jeans and t-shirt look can be loaded with sprezzatura, except you might not notice it. Which is what it is all about, right? The hidden art and all that…

But let’s stick to what we love and know best, after all isn’t MDS a formal menswear blog?. These are just three basic examples of sprezzatura put to practice in real life:

Surely you can come up of a few better examples, which I encourage you to share in the comments section.

And then of course, besides clothes, there’s the sprezzatura that comes from the gentleman’s attitude as he goes about his daily routine. Remember when we talked about suits and building confidence?

This more ambiguous concept of sprezzatura is much harder to pinpoint, but you can recognize it when you see it. Of course, some of us didn’t know what to call it exactly.

I’ve handpicked a few terrific examples of what sprezzatura looks like from My Dapper Self’s Instagram featured looks. I’m a firm believer that no amount of words will ever be able to convey such a detailed image as visual examples.

Revel in sprezzatura, my dapper friends. 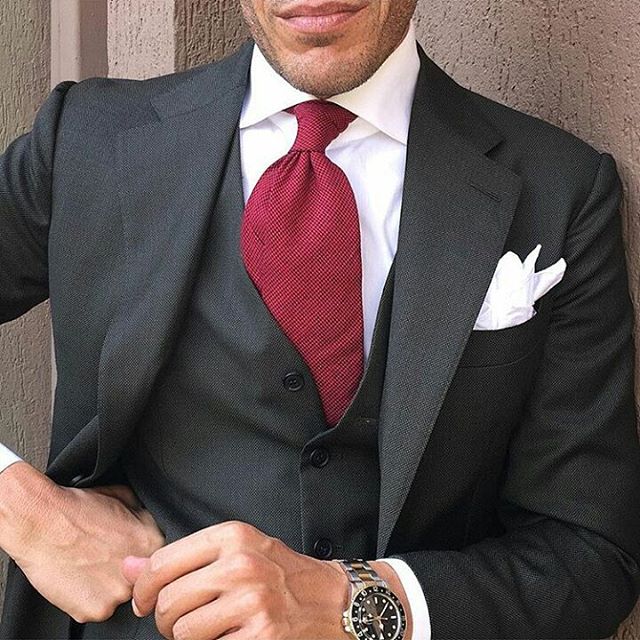 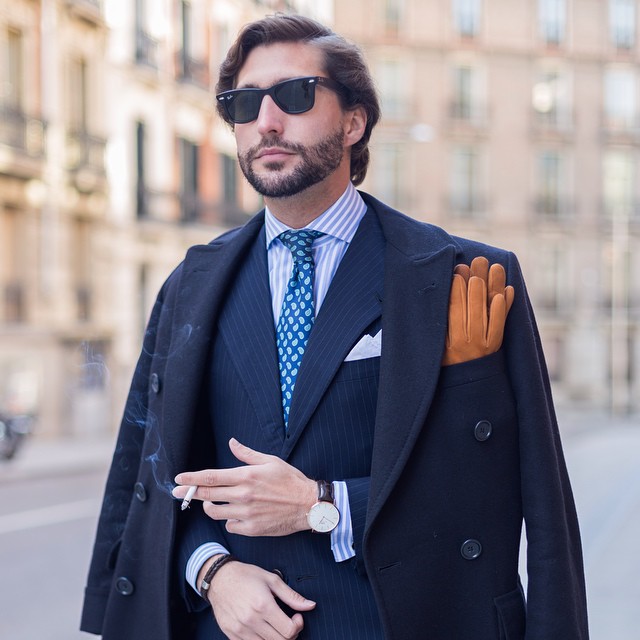 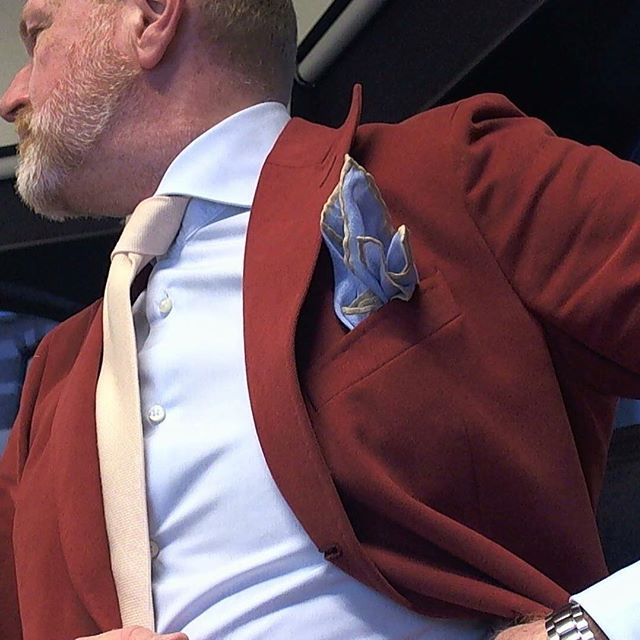 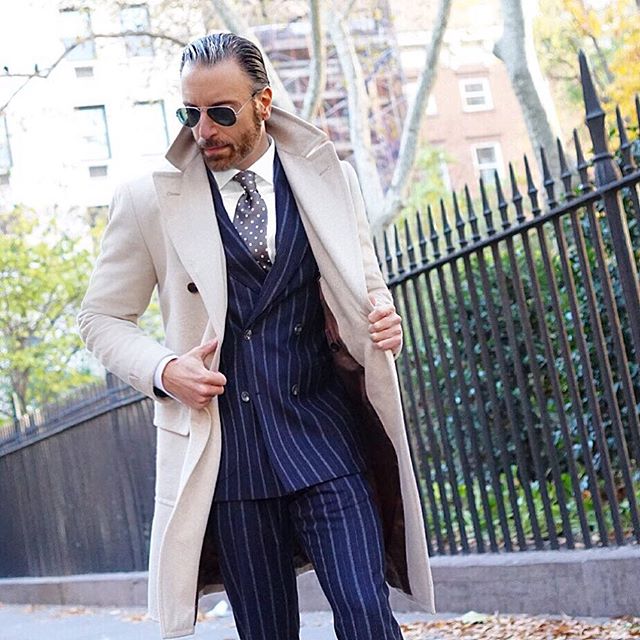 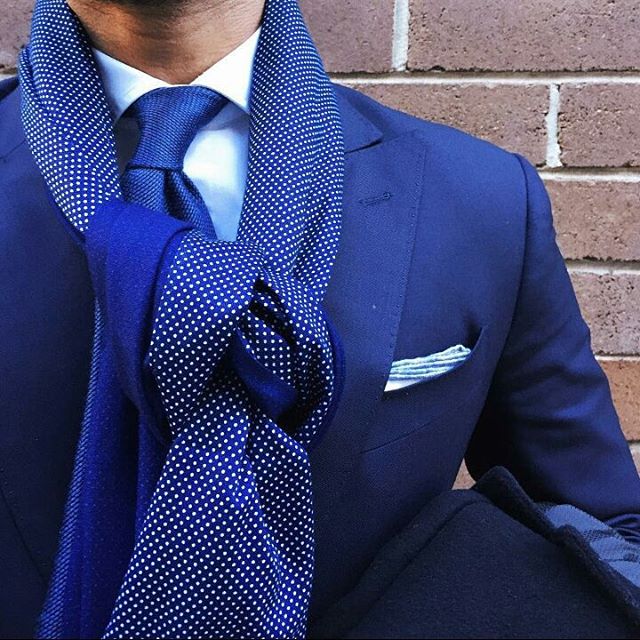 I’ve pulled from history, from other blogs and sites, from personal experience and even from some of the most dapper gentlemen online, but I’d love to get your input:

What does sprezzatura mean to YOU?

Get one-on-one help from me

MY DAPPER SELF AMAZON STORE

SHOP MY CURATED DAPPER MUST HAVES!

DRESSING UP IN A DRESS DOWN WORLD

IMPROVE YOUR STYLE IN JUST 8 DAYS

GET YOUR FREE E-BOOK NOW

8 Days, 8 Steps To Improve Your Style